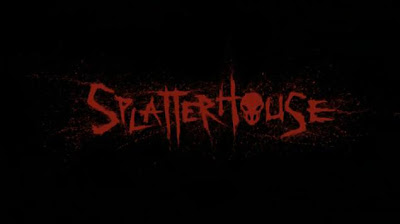 Splatterhouse is yet another gore game coming to the PS3 and XBox 360. Splatter house has an ESRB rating M, developed by BottleRocket Entertainment and published by Namco Bandai Games. I first played splatterhouse in the Turbo Grafx system but I think it got popular in arcades. The old splatter house game was a sidescrolling 2D game where you brutally execute monsters on your way... I can't remember which part in the series I played, but I would guess it's splatterhouse 2. 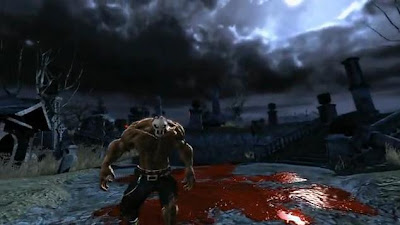 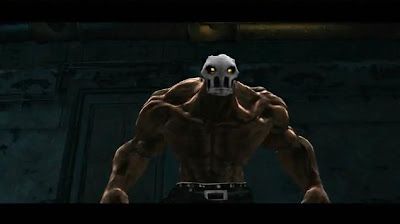 The hero's name is Rick Taylor, a College student who went to interview a mad scientist (named Dr. West) with his girlfriend. Unfortunately they were attacked by monsters and his girlfriend got kidnapped and some sort of mask tried to blackmail him into healing his wounds and making him powerful enough to save his girlfriend if he wore the mask. The result is that Rick became the powerful monster that we see in this splatterhouse 3D game. 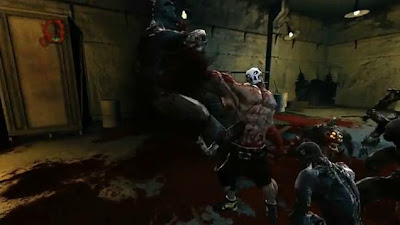 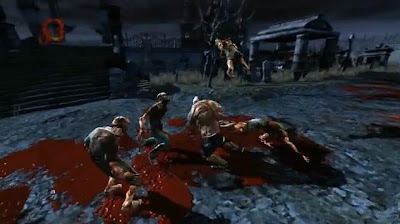 You can pick up weapons to further punish your enemies. Pick up guns, chainsaw, even throw you enemy's head to another enemy and get as bad as you can. This is a rated M game dude! For those who might wonder why the game is called splatterhouse, well... There might be several reasons like all the creatures that live in the house are product of the experiment that Dr. West is conducting and the fact that the house is actually a living thing... A living thing! 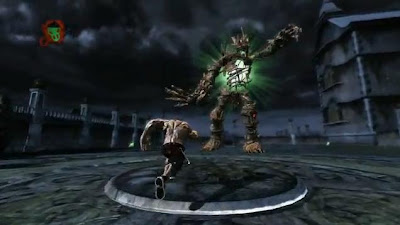 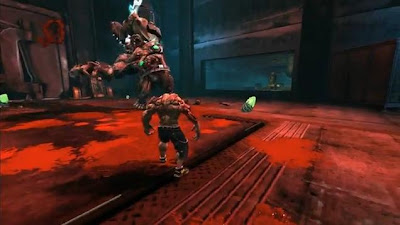 So you think you're so strong until you meet one of these super giant creatures which are several times bigger than you are. There is this thing called the splatter kill system where you basically dice your enemies and that is important because it will generate more blood for the mask. Oh yes, you need to feed the mask with blood. 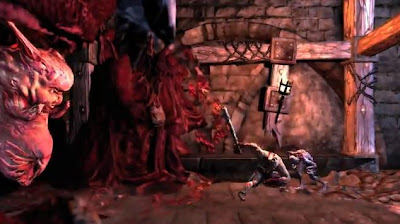 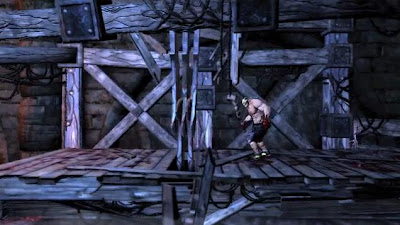 Splatterhouse PS3 and XBox 360 versions both feature a classic feel of the game where some scenes are played in sidescrolling style, just like the old days. You can spinoff enemies and they'll get thrown towards the screen or on the background. Rick grows his limbs in real time, so if you ever lose one of your limbs... Don't worry... Just kill more enemies and feed the mask more blood and they will regenerate. There isn't much online stuff mentioned so far except for some downloadable content.

Splatterhouse release date is on November 23, 2010. The game comes with all previous splatter house games like splatterhouse 1 to 3 which can be unlocked.

1 comments on Splatterhouse PS3 and XBox 360

Very interesting. I see like a Final Fight in 3D.
Well, the old classics of SplatterH.. wasnt my favourity, but in this time: it deserves a second chance. :-)