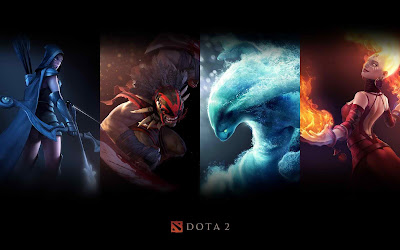 One of the things that rocked the video game world this month is the announcement of Dota2 by Valve. There seems to be some conflict of interest going on between Valve and Riot Games (producer of League of Legends) over the trademark for the name DotA, Riot Games counter-filed for the trademark for reasons such as to give freedom to the DotA mod community over the game's name. Either way, they are all just trying to make the community benefit from it.

Project lead Erik Johnson described DotA 2 as " DotA Allstars with new technology ". Valve, we guess are trying to keep the gameplay as is. The game of course is being built on  a newer engine so expect an improved performance and graphics.

Some key points we found out about Dota 2:

Valve is trying to build the The dota 2 release date is yet to be announced, but they said that we can expect it by next year 2011.

Dota is a mod to the Warcraft III, a real time strategy game by Blizzard.

2 comments on Dota 2 by Valve Announced

So excited about this game!

Can't wait for Dota 2 to come out! Hope they could announce the exact date of its release. =)