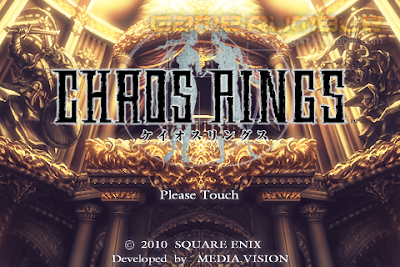 Chaos Rings is an RPG game developed by Square Enix for the iPhone and iPod Touch. It resembles much of the 3D Final Fantasy games (we think more closely to Final Fantasy VIII) but is very unique on its own. Chaos Rings Story starts when an Eclipse took place and warped 10 people into a special place called the Ark Arena. Each person is to find their own chaos ring, but the 10 warriors are paired with another which makes 5 pairs search for their rings and once they find their rings, they are to battle against the other pairs. 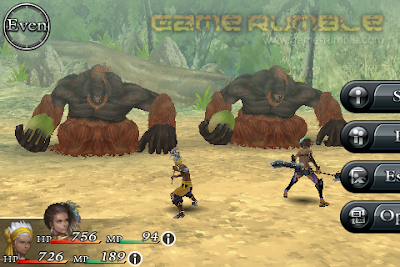 There are 2 pair of chaos rings characters that you can start off with. You can choose between Escher and Musiea, or Eluca and Zhamo. The rest you will have to unlock to play. Each character is imbued with their own unique personalities, while you all explore and fight in the same arena each pair of characters give a different view of the story. 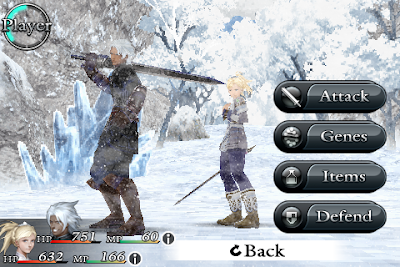 What quickly separates the game from most RPG's is that its unique pair battle system. During battle, you have the choice to go solo or pair. When you go for solo, you attack individually and you also get hit by the enemy separately. 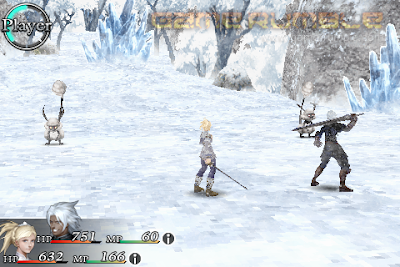 When you go in pair, you combine damage for your attacks but you also get hit at the same time. So, one help I can give during battle is go solo when fighting multiple enemies and then attack in pair when you're fighting only one enemy and that enemy is weak or about to die.To make things more interesting, there is the Chaos Rings gene system which are basically your magic attacks. Genes come in name of animals, monsters or insects. 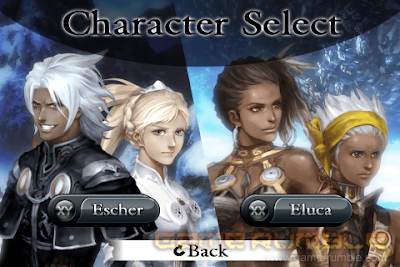 Chaos Rings maintain the traditional use of random enemy encounters, but it can be turned off. Another thing to surely keep you busy are the Chaos Rings puzzle which can take a few minutes to solve but will not be totally impossible that you have to search for a chaos rings walkthrough or faq. Like most RPG's Chaos Rings also have a very typical equipment and item system. We didn't notice a change in character's appearance when changing equipments. 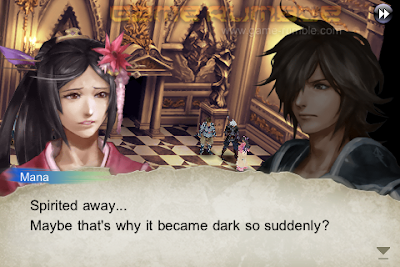 Much of the game graphics is in pre-rendered 3D. The character models and the backgrounds were very realistic. The overall animation like when the character is walking around in dungeons and during fights are very convincing. Like we said earlier, it's like a De javu  of Final Fantasy VIII. However in some cases, I guess due to the limiting power of the iPod touch for a game of such magnitude, some things like the water doesn't move but rather, statically drawn so that they look like the water is moving. 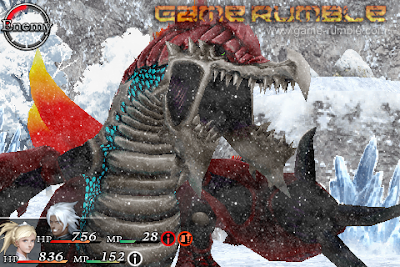 The enemies are gigantic, even right from the start of the game and the bosses looked fierce. The dungeons looked unique most of the time but there's also this place where you teleport every once in a while during the course of the game that make things feel repetitive. I really appreciate the dialogs and the character portraits that appear during conversations. The character images change look whenever there is a change in mood or emotion and that really add to the feel of the game. 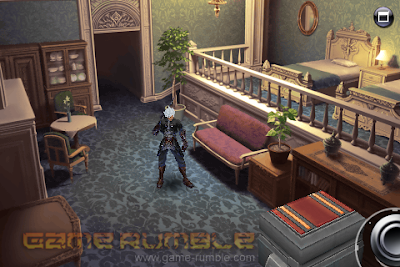 The chaos rings soundtrack was composed by Noriyasu Agematsu which is also the composer for the music in wild arms 5. It was wonderfully made, it's probably worth buying a chaos rings ost. 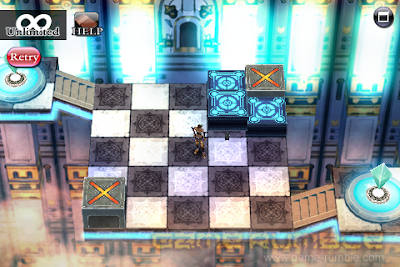 Now, conservative RPG players might wonder how the game controls are. I have to be frank that at times, the limited screen size affects the game experience as the character would sometimes overlap my finger (or my finger overlapping the character). However, the virtual joystick control can be placed anywhere on the screen. So it's just a matter of judgement, where you want to place your finger. I only had to use my index finger most of the time though... By the way, the game can only be played by placing the iphone / ipod touch horizontally. The game can also be configured to use the English or Japanese language. 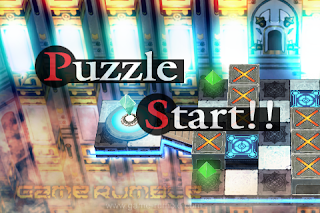 Chaos rings is a must buy game for any hardcore RPG fans who owns an iPhone and iPod touch. The game has been tested in an iPod touch 2g but should be the same gameplay wise for the iPod Touch 2g, iPhone 3G, and iPhone 4g.

It is a good game. Stay tuned for some more iPhone reviews!