Epic Mickey - A New Mickey Mouse Game for the Wii 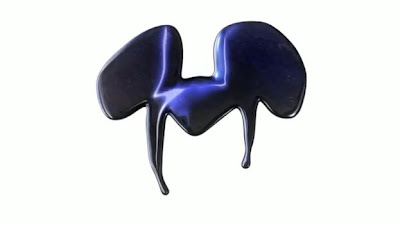 If you're a Mickey Mouse fan you'll surely be happy to hear that a Mickey Mouse game is on its way to the Wii. Epic Mickey or Disney Epic Mickey is a game being developed by Disney Interactive Studios and will be released for the Nintendo Wii.

The setting happens in a world called wasteland, a world created by a sorcerer named Yen Sid and where all the failed and forgotten creations are thrown. Mickey accidentally spilled paint and thinner into the pen and paper world creating a character called Phantom Blot. After sometime, Mickey was pulled in into this world and thus the story begins. 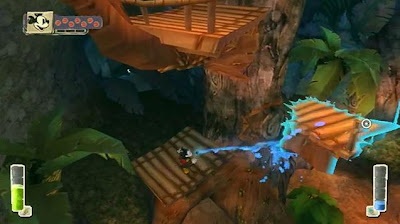 Epic Mickey is a 3D adventure platform game with some RPG elements.  The game mechanics would mostly involve drawing, and erasing stuff in the wasteland world using paint and paint thinner which will allow you to erase characters and objects but in the same respect, Mickey will be able to restore stuff.

There are 3 types of game worlds and one that noticed my eye is called the travel zone which is a side scrolling part of the game where the game's background was in black and white as featured in the E3 demo.

You'll be able to spot some Disney related characters from time to time. The outcome of the game as they say would be usually affected by the choices that the player make in the game. 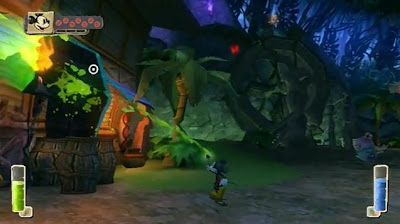 There was an original plan for this game to be developed in the PS3 and XBox 360 platforms but was later dropped off, I guess they wanted the game to be really "kid friendly" and they even dropped the idea of having a mean mickey feature. The release date is expected to be announced in Q4 2010.