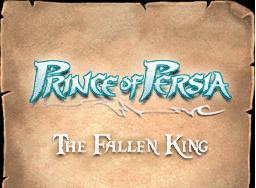 Prince of Persia: The Fallen King by Ubisoft is a 2.5D sidescrolling adventure game for the Nintendo DS. It's the first in the entire series to use a stylus and the DS touchscreen as its control scheme. It also follows an independent storyline compared to previous installments.

The plot revolves around a prince who is in search of a king. He is also in search of a way to summon Ormazd, the God of Light. This is to battle against Ormazd's brother Ahriman, the God of Darkness who has been set free and will put Persia into corruption.

The game is perhaps the least realistic in style compared to previous installments. However, the new control scheme is the thing that really sets this game apart. Aside from the stylus and the start button, there is no other way to move your character around. Even so, the basic elements of Prince of Persia remains the same such as you can't fall too high. 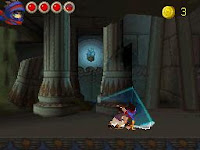 Not being able to use the directional buttons and only the stylus changed the overall game experience. And that is not to be taken negatively as the game actually feels more immersive and engaging this way. For example, if I wanted to hit a rock then I would double tap on the rock. If I wanted to hit the rock in a slashing motion then I would move the stylus over the rock on a diagonal motion.

The character design is somehow anime-inspired. While I admire the work done for the background which looked just fine with its 2.5D style, the lack of more advanced shaders and dynamic shadows on the DS makes the main character look flat.

I find the game a little easier than it predecessors. Maybe because it's intended for a younger set of audience. Old fans might feel a bit disappointed but I recommend playing the game just long enough until you get the hang of tapping around and you'll begin to enjoy it.