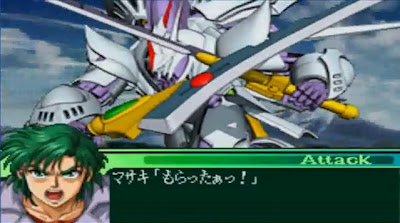 For those of you not familiar with the Super Robot Wars series, it's basically a turn based tactical game. You play on a grid, then you need to place your units next to enemy units to attack and an animation of the two robots will appear.


What's exciting us about this installment is it's going to feature full-sized robots which has only been done a few times in the series (mechs are usually in super deformed forms).

The game is being developed by WinkySoft and will be released by Bandai Namco Games in Japan on May 27, 2010 for the Nintendo DS.
Be the first to comment • Discuss in forums • Posted on Tuesday, April 27, 2010