The release of LittleBigPlanet for the PS Vita is something that is bound to happen. Afterall, Sony owns the rights to sell the game and it's a guaranteed platform seller, thanks to Sackboy's adorable design. But should you get it? Is it enough motivation to get the system if you don't already have one? Read and find out!

The game starts with a small tutorial explaining the basic functions of the game. The early succeeding levels basically does the same thing, getting you familiar with the gameplay while introducing you to the problem Sackboy is about to get himself into. It's a much needed introduction because the game itself is complex.

At the heart of LittleBigPlanet PS Vita is a platforming adventure and puzzle game. You can run, jump,  hang on cog wheels and ropes, and eventually do a lot of fun stuff such as shoot rockets and fly. The platform is divided in 3 layers and you can switch between layers by pressing up or down on the analog stick. On some instances, you're automatically switched between layers depending on the situation. While we understand the need for this mechanism, it does make game feel a little restricted. 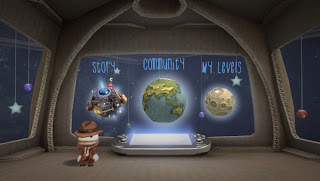 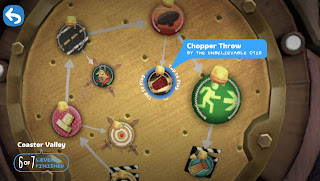 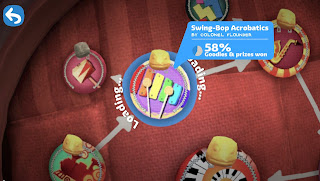 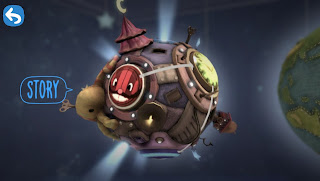 Enemies require a very simple strategy to defeat — just hit their weak spot. As much as we'd like to talk about enemies, LittleBigPlanet PS Vita is more focused on platforming and getting obstacles out of the way. The process of taking out obstacles can be very exciting though as you have to make use of the touchscreen and rear touchpad controls.

The story mode is comprised of different areas (or worlds, land, parent level, whatever you want to call them) on one planet. Each area is divided into different levels and you can select areas and levels through full use of the touchscreen. In order to progress to another level, you must first finish the current level you're in. Some levels are locked and certain parts of a level is only accessible through online multiplayer. Each level has some little description on them such as the title, the author, as well as statistics on the goodies and prizes you've won. The same goes for the area map.

There's a little bit of annoyance on the level select screen as you have to wait a little bit before the level fully loads. After the white screen flashes, there's even more loading. It's bearable, but you'll think "I thought they solved this problem some 2 to 3 years ago".

Unlike most Mario games, players of LittleBigPlanet are expected to think a little more. For first-time players, some things may not be so obvious at first such as turning a wheel by using a touchscreen. There are times when block colors are not indicative enough to tell you whether to use the touchscreen or rear touchpad. We find ourselves staring on the screen for a while thinking what to do next. Depending on what type of player you are, this can be both fun and frustrating.

There are times that you could die over and over again. Luckily checkpoints are almost everywhere in the game. If you ever get stuck, there's also a retry button on the menu which takes you back to the nearest checkpoint. 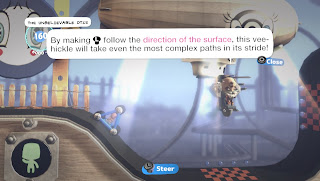 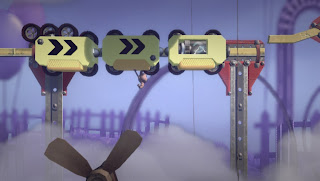 The most fun aspect of playing with the story levels are riding vehicles. Our hearts were screaming for more, sadly they only come for a few levels. Most of the exciting, adrenaline-rushing, or simply put, the fun part of the story mode only comes halfway in the game and towards the end.

Boss fights are also fun to be in and can be very rewarding to beat. They're on a single level of their own so you can play them over and over again. At first the game will make you think hard on how to defeat a boss, but then once you figure out the way to defeat it, you'll get a sense of accomplishment.

There is no complaining about the graphics and for the most part, the game looks on-par with the PS3 counterpart and looks so much better than the previous PSP version. The story mode presents much of the graphics in semi-realistic style combined with fantasy objects. The background is mostly composed of big objects to depict that Sackboy is actually small. Perhaps about the same size of a regular teddy bear toy. Other characters in the game would probably have the same description. 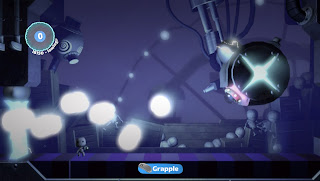 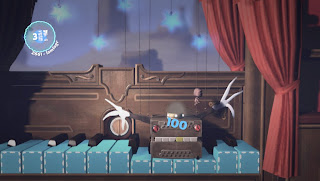 You can make hand and head gestures which can be fun to use in online play, but you can also just use it to impress your friends. Facial expressions can also be dynamically changed, so you're free to give your character that perceived attitude.

You can change Sackboy's appearance by putting different things on him or by simply selecting from already made costumes. What's fashionable is entirely decided by the player.

Players are also given the opportunity to express their creativity. Under the My Levels menu, users can create their own worlds and levels and get the chance to show it to others through the Internet.

The music and sound has the quality and style you'd expect from a fantasy game. It music has some Disco feel in it with some beat of the drum, bass, bells and chimes. The music is not as catchy as Rayman Origins' or Super Mario 3D Land's but it has its own style to be proud about.

The sound, if you pay a lot of attention to is actually quite impressive. For example, you won't hear the sound of a rolling wheel unless you're really close to one. It really times right to all of the things that are happening in the game.

The controls are totally tailored towards the Vita functions. The game makes very effective use of the touchscreen and the rear touchpad as well as the motion and gyro controls. It's actually possible to play the game with one doing the platforming and someone else on your shoulder taking obstacles out of the way.

The fun of the game extends as you unlock bonus levels which come in the form of mini-games. LittleBigPlanet PS Vita also benefits a lot from user-generated content. You can download levels that other people created, and because of the flexibility that the game's level editor gives, it's actually very possible to create your own unique game within the game. Custom levels can be played in solo or multiplayer mode. Completionists would also be very happy to know that the game has trophy support (47 Trophies in total as of this writing) and secret pins (unlockables). 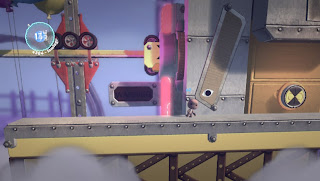 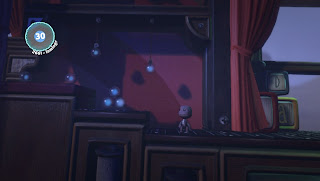 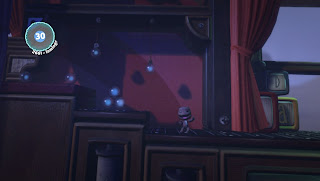 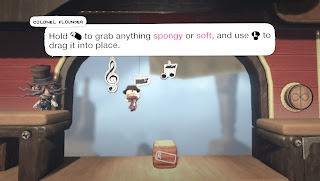 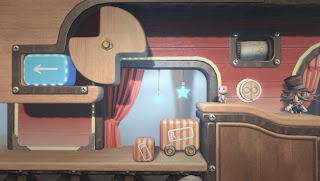 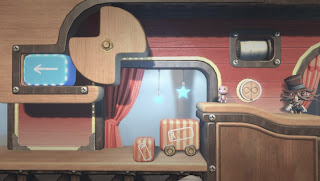 LittleBigPlanet PS Vita is a fun game. However, its strengths are not in its core (the story mode) but in the features built around it (i.e. minigames and customization). It can give you the most out of your money if you're the type who is willing to explore. Nevertheless, it's not such a bad idea to buy the game for the sole purpose of completing the story. Even without the added features, the game can pretty much stand on its own.

While the game is rated for everyone, it's certainly not fit for all ages. If you're thinking of getting this game for a kid under the age of 6 (it's 7+ for EU), be prepared to supervise and we mean supervise really hard.