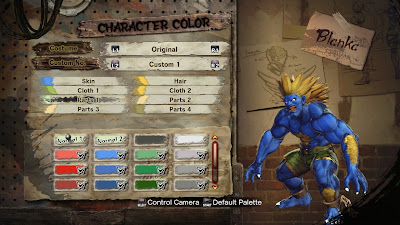 Upcoming fighting game from Capcom, Street Fighter x Tekken for the PS Vita will be released this coming October and Capcom recently released a couple of videos showcasing the game's new features for the Vita.

The game will include 55 fighters readily playable. The Vita version will also include a casual style gameplay wherein  a player can tap on the touchscreen to perform normal moves and swipe to perform special moves. Similarly, players can also move the character around or make him jump by tapping on the screen. With casual style, players can also switch characters immediately by tapping on the rear touch pad.

There's going also going to a color customization feature for all characters. Players will be able to customize a character's skin, hair, cloth,  as well as different body parts. Customized characters can be shared with other players.
Be the first to comment • Discuss in forums • Posted on Tuesday, August 14, 2012