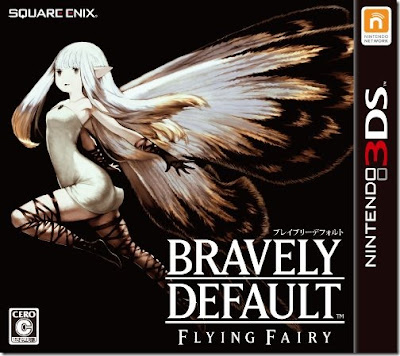 Upcoming RPG game from square Bravely Default: Flying Fairy finally gets a release date in Japan. It will come on October 11, 2012.

Square also released a sleek-looking box-art which features a black background and a fairy. The decision to make a black background is influenced by Nintendo of Japan's rule to put a black background for games rated CERO C and D or 15+ and 17+ respectively. CERO stands for Computer Entertainment Rating Organization and is a rating system used in Japan.

Bravely Default: Flying Fairy is a spiritual successor to Final Fantasy: The 4 Heroes of Light. You will play the role of a young boy named Tiz in his journey to become the warrior of light.

Check out the Screenshots.html of the game here. For more 3DS news, visit us again at 3ds.game-rumble.com.
Be the first to comment • Discuss in forums • Posted on Wednesday, August 22, 2012