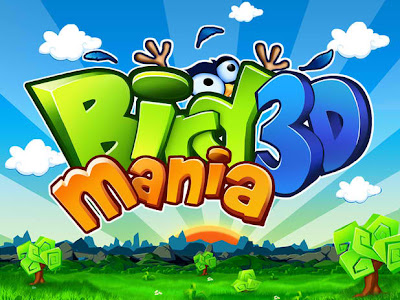 Here's a casual game for the Nintendo 3DS from Teyon games. Bird Mania 3D puts you on the role of Mojo, a bird that was left alone by his flock to go on a vacation. You wouldn't want them to have all the fun, so you chase and go after them really fast!

The game is basically a collect and avoid obstacles in an endless flight type of game. You gather around points by collecting stars and you survive the game by avoiding trees as well as enemy bees and birds. The game does have a few gimmicks though that will make you play it over and over again, read on.

Bird Mania 3D is not limited to scoring as it effectively incorporates an achievement system. It also maintains a local high score list, but we also get the feeling that the lack of an online leader board is somehow a let down for this game.

There's an option in the game to view the story, while this generally suffice in giving a background about the character, it could have been better if there was a separate mode that takes you on a flight to really go after your flock.

Bird Mania 3D delivers a cartoonic touch with hand-drawn graphics. Playing the game somehow makes you forget that the 3DS does not support retina display and that is because the graphics is so colorful and sharp.

The animation is commendable in many aspect. For example, instead of making the character just move up and down, the bird points itself to an angle giving the illusion that you're really soaring or diving on the air. It's not our intention to knit-pick, but we like the way how the stars sparkle when you hit them. The birds also spread their feathers when you hit them, same thing goes for the hero when you die.

There's some sort of day and night system in the game as well. The settings also change from a regular evening into a rainy evening. Sometimes, things seem to slow down when it's night time, probably because it's easier to distinguish between the scrolling background and the obstacles.

The stereotropic 3D effect is subtle and works for most parts of the game. The title screen essentially brings the most obvious and popping effect although that's probably not the reason you bought the game. When things start to speed up, the 3D somehow becomes trivial due to the intensity of the game. There also doesn't seem to be a way to adjust the 3D depth, so it's basically just 3D on or off.

The music in is very original and adds intensity to the game. There are about two background music that we heard at most, one at the title screen and one during the main game. Catching stars give that nice "filling up" effect, the more stars you get in succession the more filled up the sound effect becomes. Despite the positive things we can say about the music, it feels like the music doesn't give the game enough identity that made Angry Birds. 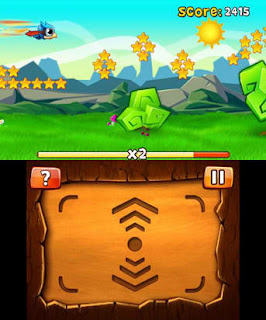 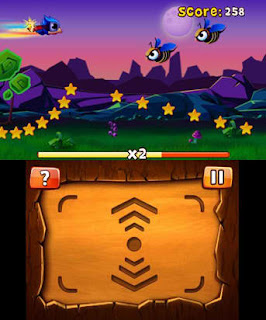 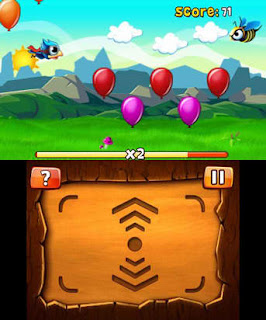 Aside from moving up and down, the game gives an additional method of survival. You can dash through enemy birds by pressing the L or R button. Dashing momentarily zooms-in the screen, and we love it. Successfully eliminating enemy birds gives you a multiplier which essentially multiplies the score you get for every star you collect.

While Bird Mania 3D does not give any new surprises, it does give that long-lasting appeal that makes you want to play it over and over again — it's adrenaline-rushing. The graphics is well polished, perhaps more than you can ask for in a $2 (1.99) game. Hopefully, Teyon games would not be content with what they've already delivered and expand the game even more; an online leader board will be a very nice addition. Luckily, this is an eShop game and making an update to improve the game will hopefully not cost them much.


Review copy provided by Teyon Games.
Be the first to comment • Discuss in forums • Posted on Thursday, August 23, 2012