The Legend Of Heroes Coming To Vita 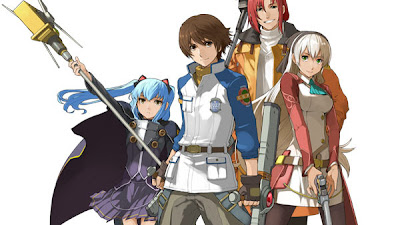 A Legendary RPG called The Legend of Heroes is coming to the PlayStation Vita. Although, this isn't really a ground-up game built for the Vita. It's more of a  enhanced port beefed up with some new features.

The Legend of Heroes is a well-known RPG and one of those first fully voiced games for the TurboGrafx-16 CD. It used  a different branding back then as it was called Dragon Slayer: The Legend of Heroes. It had four titles released for the PSP which were all decent games.


The game design still uses traditional 2D graphics with semi-deformed characters as with the PSP version. The game is now fully voiced and the music has been re-arranged. The Vita version also adds additional features such as new mini games, and new sub-missions.

The full name of the game is The Legend Of Heroes:Trails of Zero Evolution or Eiyuu Densetsu: Zero no Kiseki Evolution in Japanese. The game's release is set for August this year (2012) in Japan, no US release date so far unfortunately. The game will be available in retail but would also be available for download through the PlayStation Store.

Well the best candidate publisher to translate this game right now and bring it over to the West is XSeed, but I wonder if they're interested? Let's help them find out! Vita owners, are you planning to get this game?
Be the first to comment • Discuss in forums • Posted on Thursday, March 15, 2012