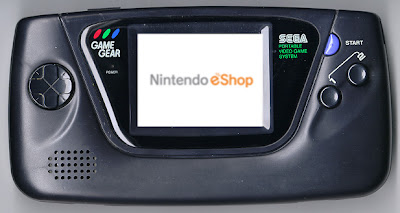 The SEGA Game Gear comes back to life as Game Gear Games come to the Nintendo 3DS eShop virtual console this month.

The initial line-up would include five titles including Sonic the Hedgehog: Triple Trouble, Shinobi and Dragon Crystal which is the first set to come this March 15, 2012 as well as well-known tetris-like game named Columns, and Sonic Drift 2.

The Game Gear was a handheld competitor to Nintendo's Gameboy back then. It had games comparable to SEGA Megadrive at that time, I even remember how good the Sonic The Hedgehog music sounded in it. It was a lot more expensive than the gameboy but the games came out in full colors.

The Game Gear will be celebrating its 20th anniversary this year. No pricing has been given for any of the games yet.

Are you a Game Gear fan? Which game will you be getting or which game gear game do you wish to come to the eShop Virtual Console? If you're planning to get any of the games above, better load up your eShop account.
Be the first to comment • Discuss in forums • Posted on Wednesday, March 7, 2012