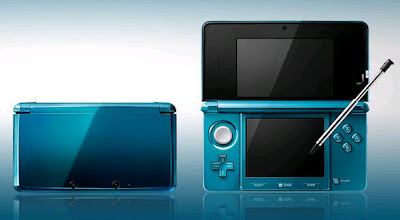 The 3DS is one of its kind, being the first hand-held device that supports 3D gaming with adjustable 3D Depth without having to wear any glasses or special hardware.

There are only two colors available so far (Aqua Blue and Cosmo Black) but that should not stop anyone from slamming people during the mall's opening hours on the 3DS release date. One can only wonder how this would battle against the recently hyped PSP2.